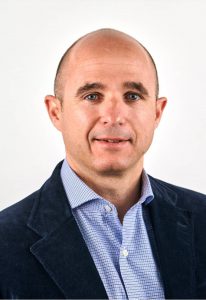 Jean-Frédéric Chibret is the president of the Théa Group. He took over the company in 2008 after Henri Chibret, who remains the head of Théa Holding. Henri now focuses on the financial strategy of the Group. Following a business education and a two-year apprenticeship in Théa’ Spanish affiliate in 2000-2001, Jean-Frédéric has ensured a rapid expansion of the company. With his efforts, Théa has become a key player in ophthalmology.

This website uses cookies to improve your experience while you navigate through the website. Out of these cookies, the cookies that are categorized as necessary are stored on your browser as they are essential for the working of basic functionalities of the website. We also use third-party cookies that help us analyze and understand how you use this website. These cookies will be stored in your browser only with your consent. You also have the option to opt-out of these cookies. But opting out of some of these cookies may have an effect on your browsing experience.
Necessary Always Enabled
Necessary cookies are absolutely essential for the website to function properly. This category only includes cookies that ensures basic functionalities and security features of the website. These cookies do not store any personal information.
Analytics
Les cookies marketing sont utilisés pour effectuer le suivi des visiteurs sur les sites Web. Le but est d'afficher des publicités qui sont pertinentes et intéressantes pour l'utilisateur individuel et donc plus précieuses pour les éditeurs et annonceurs tiers.
Language
Les cookies language sont utilisés pour afficher le site dans la langue de votre choix.
Save & Accept
Go to Top